Winner will be announced at our Winter Workshop.
Money raised from our raffle will go to our ADT-NJ Scholarship Fund.

​Elliott Keller (he/him), originally from Rochester, NY, is an educator and movement artist based in Brooklyn, NY. He is currently on faculty at Wagner College on Staten Island where he teaches Jazz and Contemporary dance courses. He is actively involved with his partner and collaborator, Mar Undag, on a variety of choreographic projects and performances.
In 2021, he graduated from The University of Utah with a Master of Fine Arts in Modern Dance where he was the recipient of the L. Scott Marsh Mentorship Award and the LGBT Resource Center Scholarship. He is deeply passionate about his work as an educator and is an advocate for co-creating classrooms that are inclusive, empowering, and energizing. As a teaching artist, Elliott has spent a great deal of time teaching for schools and studios throughout the country. Internationally, he has taught in Argentina as a PizArts teaching fellow and Panama City, Panama with the group Movement Exchange.
Elliott received his Bachelor of Fine Arts in Dance from the University at Buffalo, performing with the Zodiaque Dance Company and Melanie Aceto Contemporary Dance Company at Jacob's Pillow. He supplemented his training through his studies with the Limón Dance Company, Paul Taylor Dance Company, Parsons Dance, and the Joffrey Ballet School. As a performer, Elliott has worked in a variety of commercial and concert settings, including Celebrity Cruises, Busch Gardens, the all-male group Project 44, Sans Limites Dance, and Ballaro Dance. While living in Salt Lake City, UT he performed works by Charles Anderson and Penny Saunders for Salt Contemporary Dance.
​ 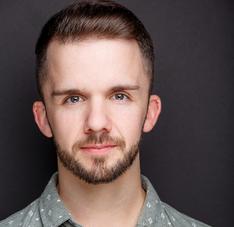 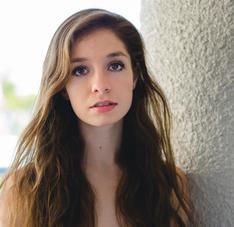 YAHYA KAMATE - African Fusion​
Yahaya Kamate became interested in traditional dance and drumming as a child in Cote d'lvoire, and, as a teenager, began formal training with is country's National Ballet. He has performed with Fotemoban Dance Company, Djensia Group, and Camodgen of N'guatta Dolikro Dance Company of Cote d'lvoire, and Affoubenou Sakassou Dance Company of Senegal. For over 25 years he has worked as lead dancer and choreographer for several companies in the United States, including Kulu Mele Dance Company and The Seventh Principle; and he has taught dance with organizations such as Djoniba Dance & Drum Center, Mark Morris Dance Group, Alvin Ailey American Dance Theater, Harlem School of the Arts, Center for Modern Dance Education, and City Lore.

While working in the tri state area for over 25 years, teaching artist Yahaya Kamate has refined quite a gift of teaching. He teaches in public schools, private schools, hospital schools as well as group homes, dance studios, and yoga studios. He performs on stage and has a personality that even reaches the souls of kids and adults who need an outlet to express themselves. He promotes a "drums, no drugs no guns" slogan and has a positive effect on those less fortunate and challenged individuals in group homes and rehabs as well. He has a way to build their confidence up by honing in on any part they can grasp giving them that spot to shine.

See Our Past Guest Teachers 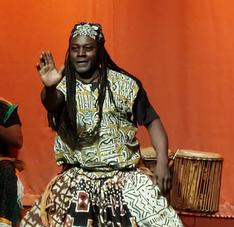 Ms. Diniz was a choreographer for DanceBreak 2020 (musical theater's leading platform for upcoming Broadway choreographers) and has been commissioned to create new works for Jacob's Pillow, Performance Santa Fe, Avant Chamber Ballet, two ballets for Columbia Ballet Collaborative, Ballet Hartford and Central Utah Ballet's 21/22 season. She is a winner of the New York Dance Project Choreography Competition, and her work has been shown in Stars of American Ballet rep (dir. Daniel Ulbricht), New York Choreographers’ Forum, the Steps Beyond Foundation performance lab, Jazz Choreography Enterprises, Nebula Dance Festival and the Higher Ground Festival, among others. She also choreographed the AEA production of the Vaudevillian musical 'On the Air' and this summer choreographed, and assistant directed the musical theater showcase at The American Musical and Dramatic Academy.
She has recently been awarded a grant from the NYC Council for the Arts/City Artist Corps to present a full evening of her choreography this fall. Ms. Diniz trained at In the Spotlight, winning regional and national titles and scholarships, and supplemented her performance studies at the Paper Mill Playhouse Musical Theater Summer Conservatory and the Lee Strasberg Theater and Film Institute.
After earning her B.A. from Cornell University (major in English and Theater, minor in Dance), she joined the Dirty Dancing national tour (u/s Baby, Lisa and Elizabeth) and performed regionally in multiple shows, including featured roles in National Pastime and My Fair Lady, both under the direction of Tony nominee Hunter Foster and Waitress's Lorin Latarro. She served as Dance Captain/Phantom for three years of this team's The Rocky Horror Show and was Associate Choreographer for the production's fourth incarnation.

This Workshop will have four (4) dance rooms: 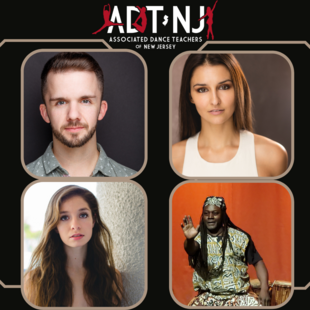 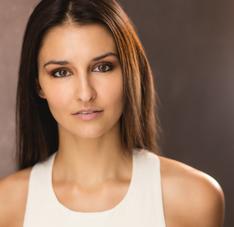 RELEASE FORM
All participants must sign the ADT-NJ Workshop Release Form. One waiver form per studio must be handed in at the ADT-NJ Registration Table upon check-in.

Chloe Grace Roberts was born and raised in Houston, Texas. Chloe is trained in ballet, contemporary, jazz, modern, musical theatre, hip-hop, ballroom, and improvisation. She has worked with esteemed choreographers including Eddy Ocampo, Sabrina Phillip, Jodinik Jo of the Centre du Danse Marais in Paris, Sharon Wong of Alvin Ailey, and
Tucker Knox of So You Think You Can Dance. Chloe’s competitive choreography has received top ten placement and choreography awards at Radix, REVEL, Starpower, KAR, and Showstoppers dance competitions.

*ADT-NJ Member Dues must be current in order to receive the Priority Registration Link via email
+ Subject to Availability.  We reserve the right to close the class as it becomes full or cancel class with insufficient enrollment.  Absolutely no changes or refunds will be allowed after the workshop registration closes two weeks prior to the workshop.